Peter Gabriel with The Orchestre Symphonique Kimbanguiste In Malibu California 2013

First day of rehearsal was fantastic, right after breakfast, Maestro Armand and his Chamber Orchestra rehearsed with two soloists.There was another rehearsal session in the evening right after diner. One has to mention that there was rehearsal all day long because OSK musicians enjoy playing music specially while they are together in one place. The hotel was packed with several UN general assemblee attendees, some Heads of states were hosted there as well. there were different receptions taking place in the hotel ballrooms.
Per the hotel manager request , the quarto started performing some songs right at the main entrance of the hotel to welcome guests and give them test of african Symphony Orchestra. Even John Kerry, the US Secretary of State enjoyed the OSK performance while he
was passing by to attend an event that was taking place in one of the hotel's ballroom. it was just amazing Meanwhile Maestro Armand was meeting with members of FOSK regarding the fundraising programm 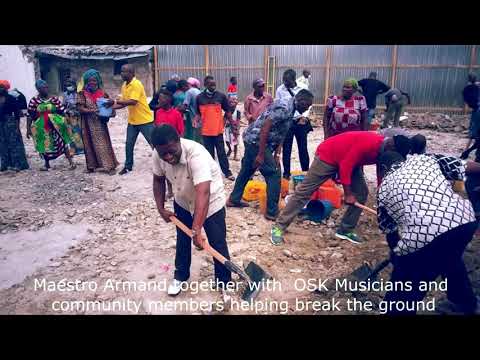